CSSS Members of the Council

Chief and Honorary President    The Right Honourable, the Earl of Sutherland

Biographies:  Get to know the clan council 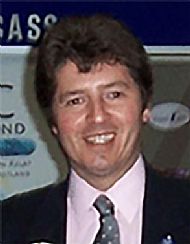 Mark Sutherland Fisher  Mark has been a Life Member of the Society since 1984 and served as President 1993-1996. A former solicitor, he runs an HR and Employment Law Consultancy practice. Mark has been Clan Genealogist for 20 years and now edits our online newsletter Sans Peur Times. Administrator of the Sutherland DNA project, Mark’s aim is to continue expanding our knowledge of people bearing the name “Sutherland” and the descendants of Freskyn of Moravia, founder of the Sutherland family. 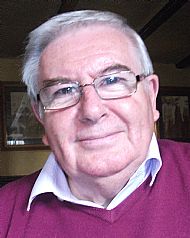 James B Sutherland  James Brown Sutherland was born in Glasgow, Scotland in 1942. He is a life member of the Society since 1979, and is a Member of the Heraldry Society of Scotland and the Pipe Roll Society. He has a strong interest in DNA Research, Genealogy and Clan History. James retired as a company director in 2007. He completed 12 years as an NCO in the Royal Engineers in 1973 serving in Germany, Kenya, Aden, Singapore, Malaya and Thailand. After leaving the Army he held various positions in the Cement, Electricity, Building and Fly-Ash industries. He now lives in Symington with his wife Valerie and has two sons and two lovely granddaughters. He was delighted recently to complete his family tree linking it to the Sutherlands of Duffus. 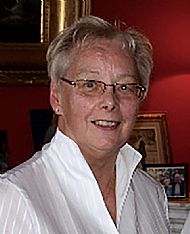 Jeanie Sutherland  G. Jeanie Sutherland was born in England and moved to the north of Scotland on retirement. Jeanie was an NHS health professional from student nurse training in 1963 working in the health service until 2005 and is currently the NHS Retirement Fellowship Scottish Chairman. Jeanie has three children and six grandchildren. She has been an active Clan Society member since 1993 (she served as president 2008 – 2016) travelling to Canada and America in recent years to clan gatherings. 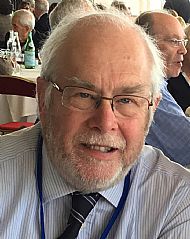 Douglas Sutherland  Ian Douglas Sutherland was born in Ceylon (now Sri Lanka) where his father was a tea planter. He qualified in Scotland as a Chartered Surveyor and remained with the same firm for 40 years until he retired in 2005. He has two children and two grandchildren. Now living in France but maintains strong links with Scotland and is proud to appear on the family tree of the Sutherlands of Forse. Douglas joined the Clan Society at its inception, and was happy to help celebrate the 40th Anniversary of CSSS in 2017. He was president of the Society 2003-2005. 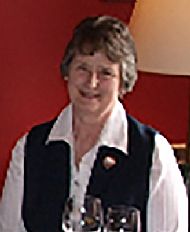 Born Applecross Wester Ross.  My late father was from Berriedale, Caithness and my late mother was from North Tolsta, Isle-of-Lewis and were Clan Society members 1977.  I have two daughters and two granddaughters.  I have lived in Golspie for over 40 years where my husband John and I had a painting and decorating business. Life member of the Society from 1989 and bookkeeper to the Society from 2006. Proud to be Scottish. 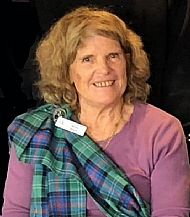 I was born in Rogart in Sutherland in the home of my maternal grandparents. My father was from Brora. I trained as a teacher at Jordanhill in Glasgow, and taught in Scotland, and in the Bahamas, but the bulk of my career was in Australia. I married a Dundonian Fred Black 55 years ago. We lived in the Bahamas for seven years, where our two sons were born, and have been living in Australia since 1974. My father’s cousin whom we called Acka James Sutherland lived in Golspie, and encouraged me to join the Clan Sutherland Society in Australia. 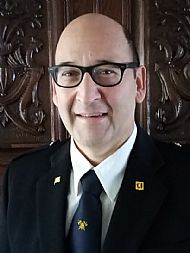 Philippe Blommé was born in 1963 and comes from Belgium. He lives in the small town of Wervik located in the province of West Flanders on the French border. He is married to Carine Ramon and both have only been members of the Clan for two years. When they met eleven years ago it was very clear that they had a shared interest in Scotland and Scottish culture. They live right in Flanders Fields, which was heavily ravaged during WW1. The fact that he is godfather of a fallen soldier named Sinclair Sutherland and the fact that the Clan has a Flemish ancestor made Philippe decide to join the CSSS.

He is a civil servant in the Flemish Government with the function of airport firefighter at Ostend-Bruges International Airport which is a regional airport. He has also been a volunteer firefighter for 33 years. One of his main goals is to further develop the European branch of the CSSS together with Linda Gilmore Sutherland and to involve the members of the European mainland and Belgium more closely in the Sutherland family and its activities. 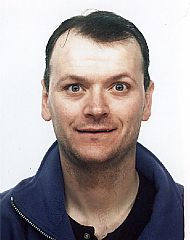 John Gordon was born in 1964 at the Old Pope Hospital in Helmsdale. His mother is from Golspie and his father from Little Torboll near the Mound built in 1814-1816 between Dornoch and Golspie. His Gordon family has been living on a croft at Little Torboll since the beginning of the eighteen hundreds and they still live there today. John works offshore and has been doing this for over 36 years. ‘One thing I love doing is to trace or to find out more information on the different branches of my family tree. I am very proud of my Sutherland and Scottish ancestry.’ 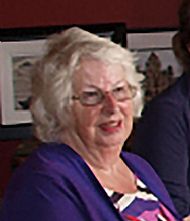 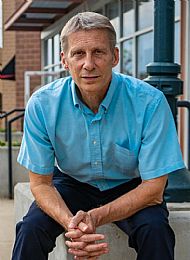 Dan Sutherland Snyders  Dan has been a member of the Clan Sutherland Society of North America (CSSNA) since 2008, and has served in various positions since that time. Born in the US heartland in southeast Illinois, Dan was raised in a small midwestern town before moving to St. Louis, Missouri. He enjoyed a broadcast news radio career that took him from St. Louis to Kansas and then to Colorado, where he settled and raised a family with his wife, Kathie. From broadcast radio, Dan moved into the marketing and public relations field with an increasing involvement in the healthcare, diagnostics and medical device sector. He now serves as Director of Content and Strategy at New York- and Munich-based Kaia Health. Dan's Sutherland lineage on his mom's side dates back to William and Margaret (Toshack) Sutherland who emigrated to the American Colonies in 1684 as part of the Earl of Perth’s expedition. 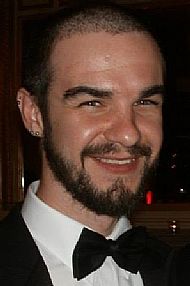 Bryce Sutherland  Bryce was born and raised in Fife, Scotland. He has had a long history of being interested in genealogy and joined the Sutherland DNA Project a number of years ago. After becoming a life member of the DNA project and meeting Mark Sutherland-Fisher, Bryce was encouraged to join the Clan Sutherland Society in Scotland in 2019. He is a self-employed music and Gaelic tutor. 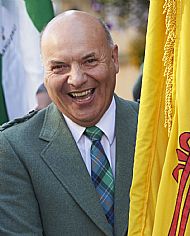 David Sutherland was born, as they say ‘in his granny’s hoose’ in the small village of Rosemarkie, on the Black Isle. The family moved to the neighbouring village of Fortrose when he was about 5, and David was educated at Fortrose Primary School and Academy. When he was 20 he began a life-long career in the police service, including a posting in Golspie 1981-1986. During this time he joined the Clan Sutherland Society in Scotland, and served on the council. David was seconded at various times to units in Northern Ireland, the Netherlands and Germany. With a change in direction rather than retirement, he is now a chauffeur with the Macdonald Hotels & Resorts based at the Drumossie Hotel, Inverness, near Culloden Moor. 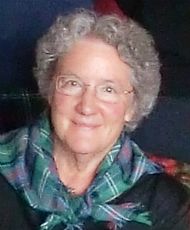 Linda Gilmore Sutherland was born in the United States, but moved to Scotland in 1965. She obtained her PhD from the University of Aberdeen where she worked for 20 years. She then moved to Edinburgh where she joined the University of Edinburgh with which she still works on the discovery of new medications for the treatment of neglected diseases such as sleeping sickness and kala-azar. She now lives in France with her husband Douglas (CSSS secretary), but retains a great love of Scotland and Scottish traditions. She is proud of her Scottish ancestry. 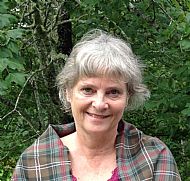 Mary Beth Sutherland   I live in River John, Nova Scotia with my husband David. We have three adult children and four grandchildren. David and I have enjoyed travelling to Scotland for the Clan Sutherland Society gatherings and exploring the country side, since 1981. We are both Sutherlands by birth, each of our families left Sutherlandshire in the early 1800’s, first settling in Gairloch and New Lairg, nearby communities in Pictou County. I enjoy the trips back to Scotland, home of my forebears, it helps me appreciate the past and the future they provided for me and mine with the bold move they made in travelling across the Atlantic for a new beginning. I am a nurse and involved as a volunteer in several community organisations, and the Saint Andrews Society of Pictou County. My parents, Rev. Donald and Joan Sutherland also enjoyed travelling to the International Clan Sutherland gatherings and became acquainted with Sutherlands from around the world.